Vamp of the Day 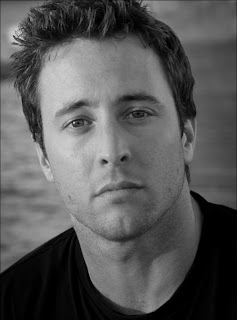 Alex O'Loughlin of CBS's "Moonlight".   Alex starred as vampire private investigator Mick St.John.  Although the show had a very vocal following, it was not picked up for the 2008-2009 Fall season.  Alex we miss you but we understand you are staying on at CBS.
The Australian actor has signed a talent holding deal with the network, sister studio CBS Paramount TV and ABC Studios.

Under the one-year pact, O'Loughlin will star in a new series project for CBS that will be developed by top TV producer Mark Gordon, whose ABC Studio-based company is behind such series as ABC's "Grey's Anatomy," Lifetime's "Army Wives" and CBS' "Criminal Minds."

O'Loughlin rose to prominence this past season as vampire PI Mick St. John on CBS' "Moonlight." He helped attract a passionate fan base to the ill-fated freshman drama, which was canceled in May. At the Television Critics Assn. press tour in July, CBS entertainment president Nina Tassler credited the show's intense fan appeal to the actor.
Under the new deal with CBS, he also will be able to pitch theatrical projects to CBS Films.

O'Loughlin, who next appears in the feature "Whiteout," is repped by ICM and June Cann Management
Posted by Jeff at 5:35 PM