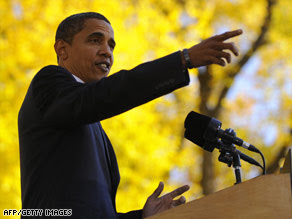 CNN) -- Federal prosecutors in Tennessee have charged two men with plotting a "killing spree" against African-Americans that would have been capped with an attempt to kill Democratic presidential candidate Sen. Barack Obama.

Both men have been charged with illegal possession of a sawed-off shotgun, conspiracy to rob a federally licensed gun dealer and making threats against a presidential candidate.

Cowart and Schlesselman were arrested after an aborted robbery attempt last week, prosecutors said in a statement announcing the charges.

They made their initial appearances before a federal judge Monday and are scheduled for a bond hearing Thursday in Memphis.