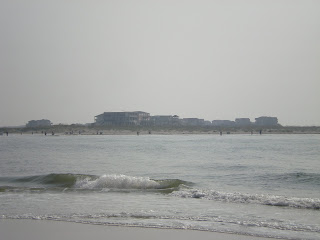 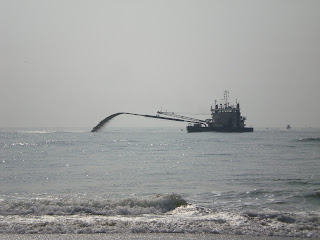 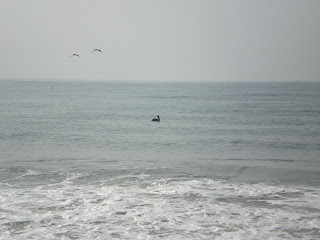 A lone crane sits resting in the Atlantic. 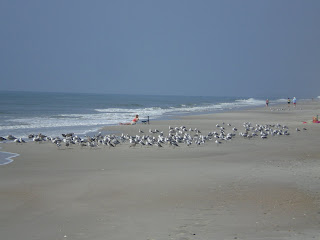 A flock of seagulls camped out on the beach outside the house. 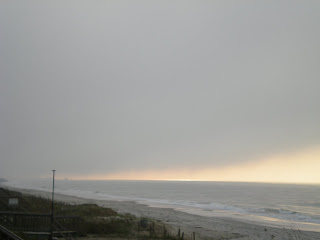 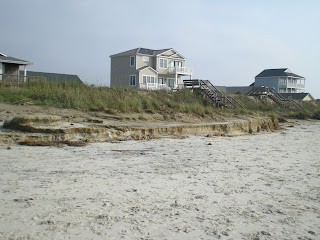 Tropical storm Hannah did a number along the eastern end of the island with lots of beach erosion.  In some places, as you can see by the photos below, the beach access walks from some of the homes empty into the ocean rather than the beach as they did just 4 weeks ago.  Some of the access walks collapsed into the ocean and have been or are being rebuilt.  At this point on the beach, the erosion of the dunes is massive with 8-10 ft. dunes being cut in half. 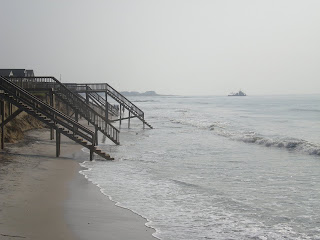 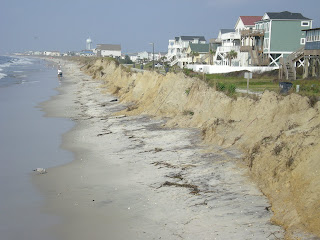 Some of the homes on the eastern end of the island on the inlet side are VERY nice. 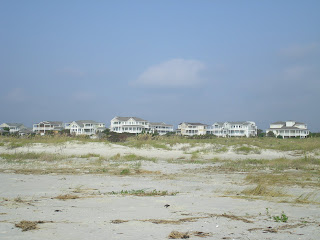